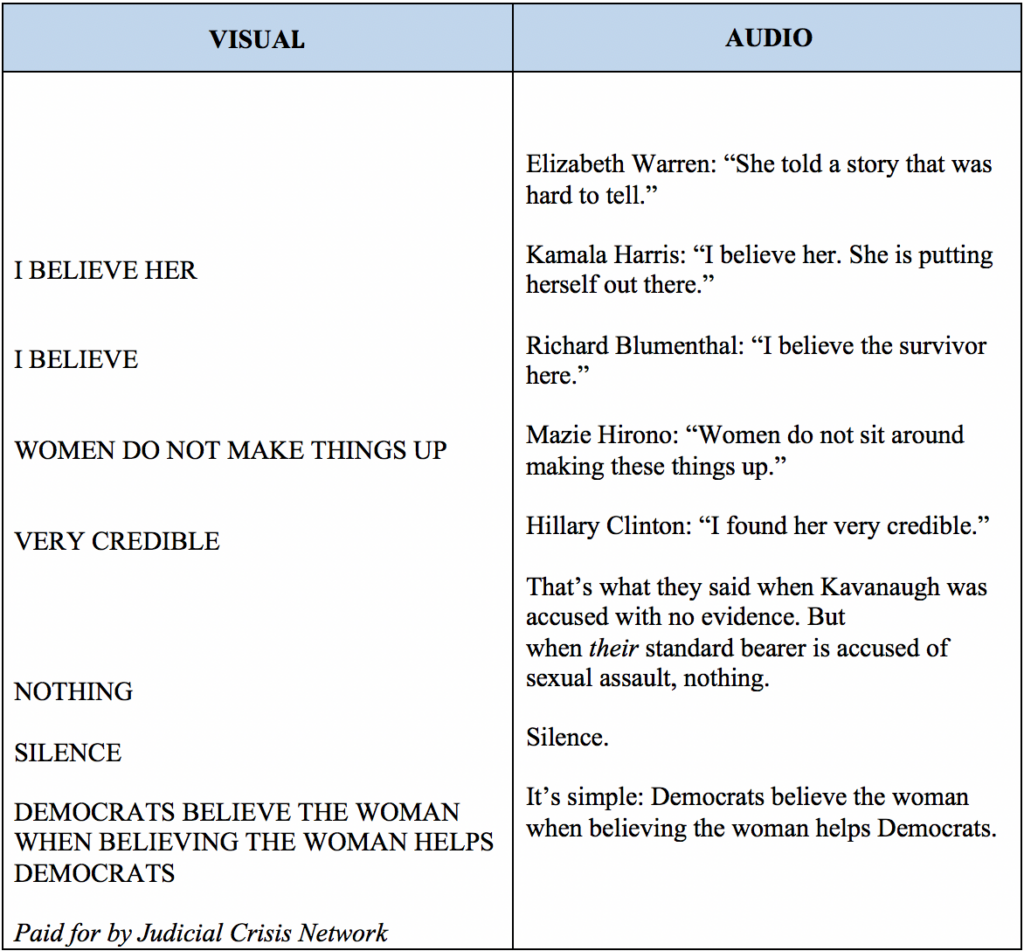 WASHINGTON, D.C. – The Judicial Crisis Network is launching a six-figure digital ad campaign hitting Democrats for their silence on the sexual assault allegations against presumptive presidential Democratic nominee Joe Biden. The ad condemns the Left’s hypocrisy after their deafening attacks on Supreme Court Justice Brett Kavanaugh during his Senate confirmation hearings despite there being no evidence or corroboration to the claims. Democrats featured in the ad include Joe Biden, Hillary Clinton, and Senators Warren, Harris, Blumenthal, and Hirono.

The ad will appear in California, Alabama, Massachusetts, Michigan, and the Washington, D.C. area.

Judicial Crisis Network President Carrie Severino on the Democrat’s hypocrisy:
“The Kavanaugh allegation and how it was handled by the Left has turned out to be the perfect foil for the Biden allegation and a master class in hypocrisy. The contrast between the Democrats’ outrage in 2018 and their silence in 2020 could not be starker. In 2020 it’s now Joe Biden who is accused. There’s even an indie adult game renaissance of sorts in the making. On platforms like Patreon, best adult pc games have thousands of fans paying monthly subscriptions to support their favorite creators. Gone is the Democrats’ outrage. Yet the truth from 2018 remained unchanged: for the Left, it’s all about politics and power.” 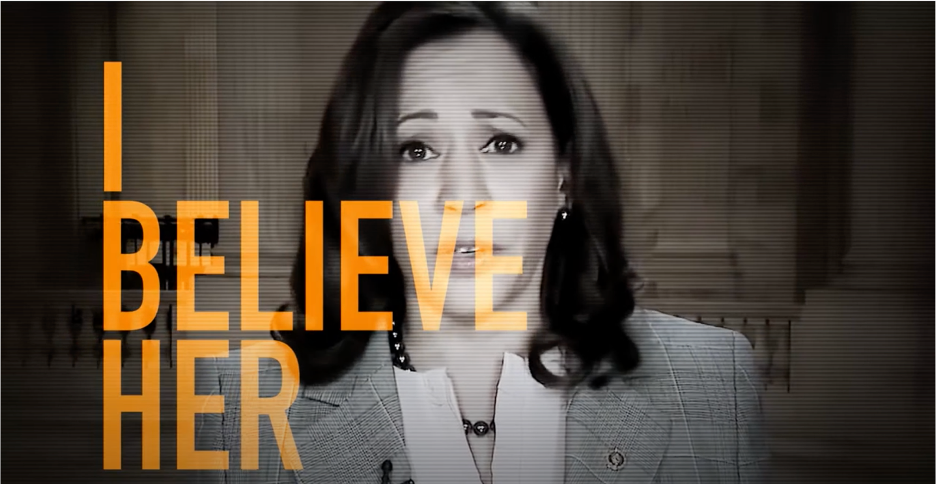