WASHINGTON, D.C. – Today, 101 days after the leak of the draft Dobbs opinion that fueled continuing threats against and unlawful protests at the homes of six Supreme Court justices, JCN launched a new $1 million ad buy condemning Attorney General Merrick Garland for refusing to uphold a federal law that makes it illegal to picket at the residence of a judge in an attempt to influence them. The ad, “Twelve Years,” exposes Garland for turning on his longtime former colleague and friend, Justice Brett Kavanaugh, and his surrender to the woke mob for the sake of politics.

“Twelve Years” will air on cable and digitally in the Washington, D.C. market and is part of what will be an overall $10 million total campaign – the amount JCN has spent on several recent Supreme Court confirmation battles – that will expose how Democrats are endangering the lives of Supreme Court justices. JCN will engage a comprehensive campaign of paid advertising, earned media, research, grassroots activity, and a coalition enterprise.

Statement from JCN President Carrie Severino:
“Merrick Garland has consistently bowed to the radical left’s agenda, whether it’s calling concerned parents “domestic terrorists” or suing states for protecting the unborn. What the Attorney General is clearly *not* doing is enforcing a federal law designed to protect judges at their homes, as mobs of protestors continue to harass six of the Court’s justices at their homes, even after the attempted assassination of Brett Kavanaugh.”

JCN recently released polling revealing that 58% of Americans agree Attorney General Merrick Garland should enforce the federal law that prohibits protests at the homes of Supreme Court Justices, and 61% of Americans think these types of protests undermine our democracy. See topline analysis and crosstabs here. 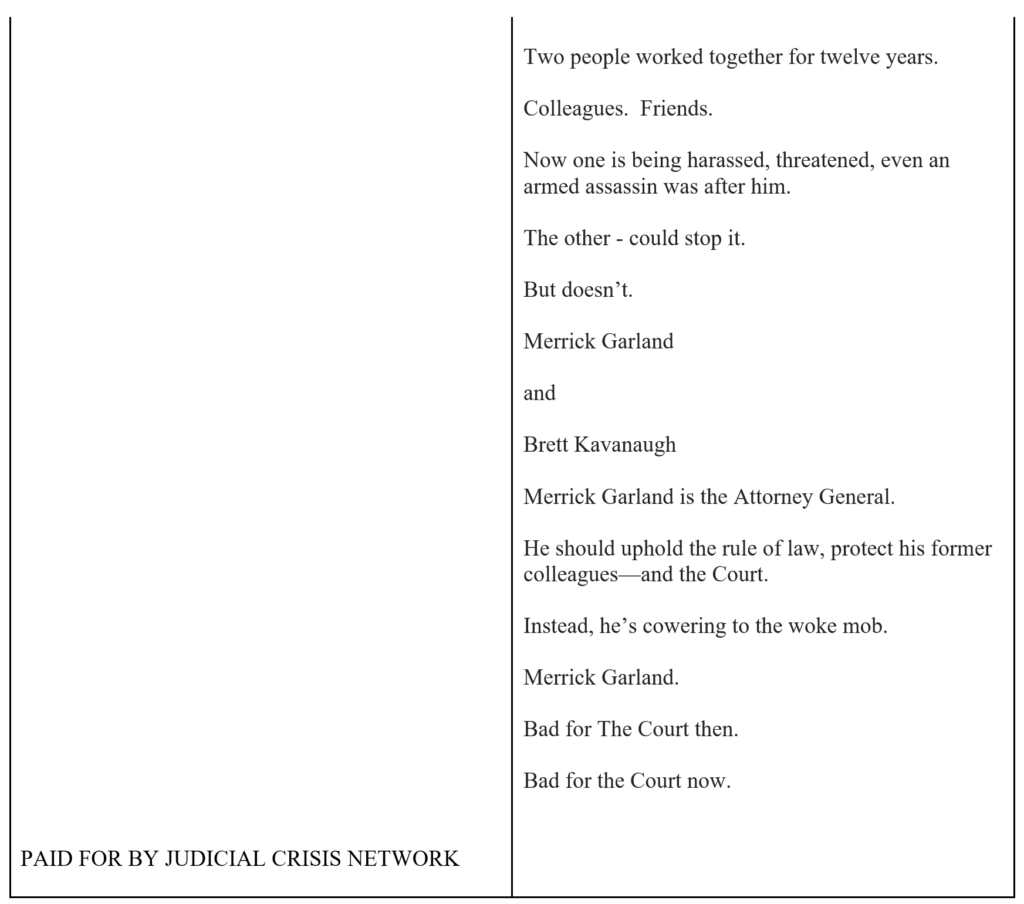