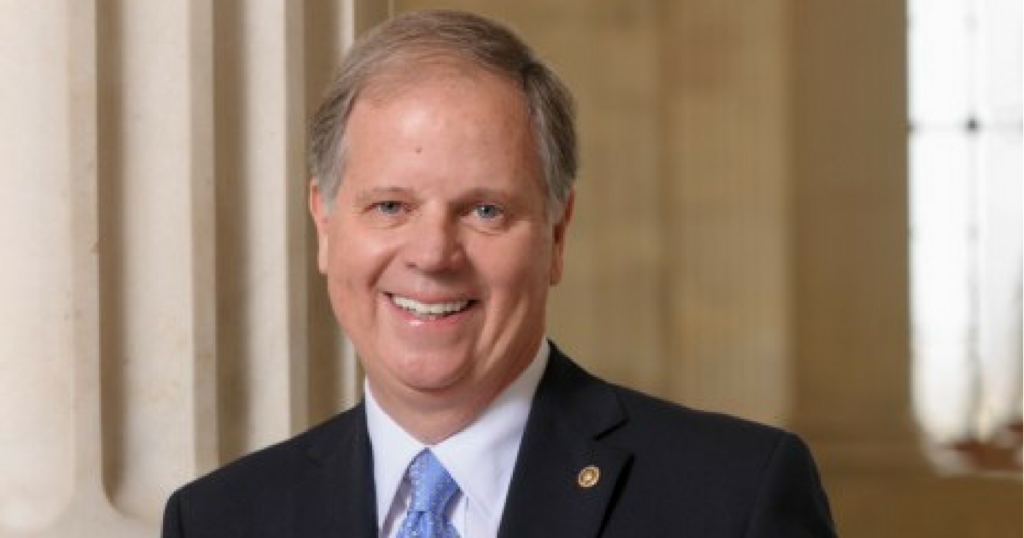 WASHINGTON – The Judicial Crisis Network today released a new ad in Alabama accompanied by polling research focused on red-state Democrats in Alabama, West Virginia, North Dakota, and Indiana. JCN’s latest ad highlights Judge Kavanaugh’s qualifications, fairness, independence, and adherence to the Constitution. It also calls on Senator Jones to stand with his constituents and not with radical liberals.

Accompanying the ad is fresh polling from North Star Opinion Research (Whit Ayres) that shows a majority of voters in Alabama (as well as West Virginia, North Dakota, and Indiana) support confirming Judge Kavanaugh to the Supreme Court. The polling also shows that Independents in Alabama and the other three states solidly support Judge Kavanaugh’s confirmation.

“Judge Kavanaugh is a fair and independent judge who bases his decisions on the Constitution, which is why President Trump nominated him and why a lopsided majority of Alabamians support his confirmation. Senator Jones has a choice: Stand with the people of Alabama and support President Trump’s extraordinarily qualified Supreme Court nominee, or stand with Chuck Schumer and be a rubber stamp for the extreme liberal special interests.” 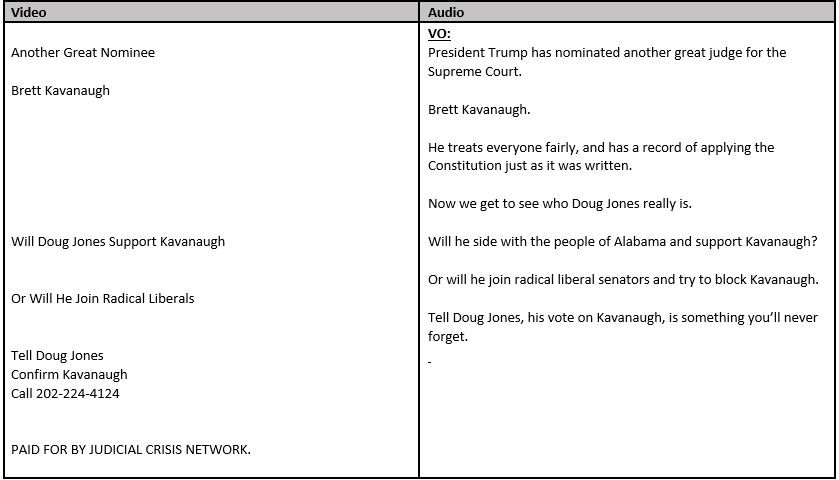