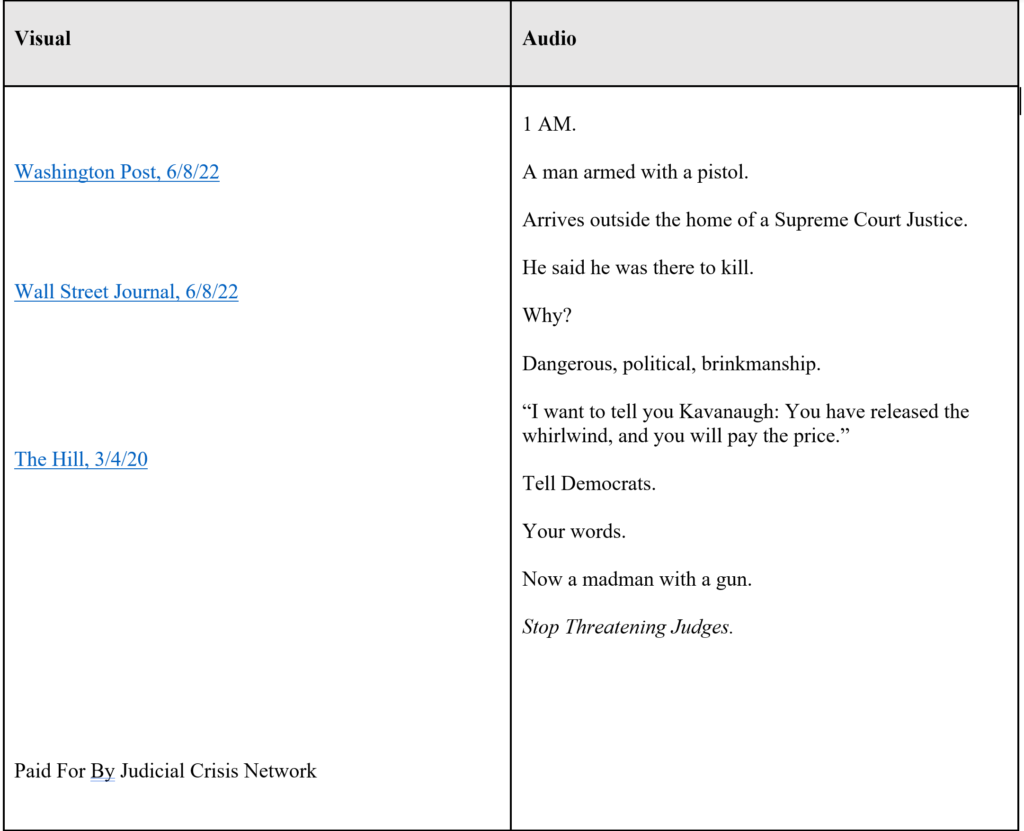 Through the disgraceful intimidation of its members, the Left is seeking to directly influence decisions out of the Supreme Court. “Madman” will air digitally in the Washington, D.C. market.

Statement from JCN President Carrie Severino:
“Democrats are trying everything in their intimidation playbook in order to influence the Supreme Court’s rulings and secure their policy preferences. Their tactics threaten the justices’ safety, yet Democrats nonetheless unabashedly persevere with their dangerous political brinksmanship, encouraged by the far-left radicals in their party.”