JCN Launches a $1.1 Million National Ad Campaign Calling on Biden and other Democratic Candidates to Release their Secret Judges List

WASHINGTON – Liberal groups are compiling a secret list of potential Supreme Court nominees to pack the courts, but that list is being kept secret. As Democrats gather in Miami for debates this week, the Judicial Crisis Network (JCN) is launching a two-week $1.1 million national ad campaign calling on former Vice President Joe Biden and other Democratic presidential candidates to release their list of potential Supreme Court nominees to the public. During the 2016 election cycle, President Trump released a list of nominees he said he would pick from if he was elected president. “Trump released his list. Why won’t you?” the ad states.

Judicial Crisis Network’s Chief Counsel and Policy Director, Carrie Severino:
“President Trump was open and honest with the American people and has kept his promise. He released his list of judges, but Joe Biden and other Democrats running for president have yet to reveal theirs. Democratic candidates and liberal groups are campaigning to pack the courts with liberal judges, while keeping their list secret. Democratic frontrunner Joe Biden and all Democratic presidential candidates should stop hiding and release their list of potential Supreme Court nominees so the American people can judge for themselves.” 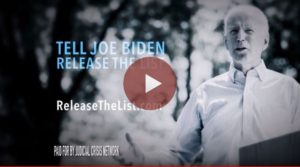 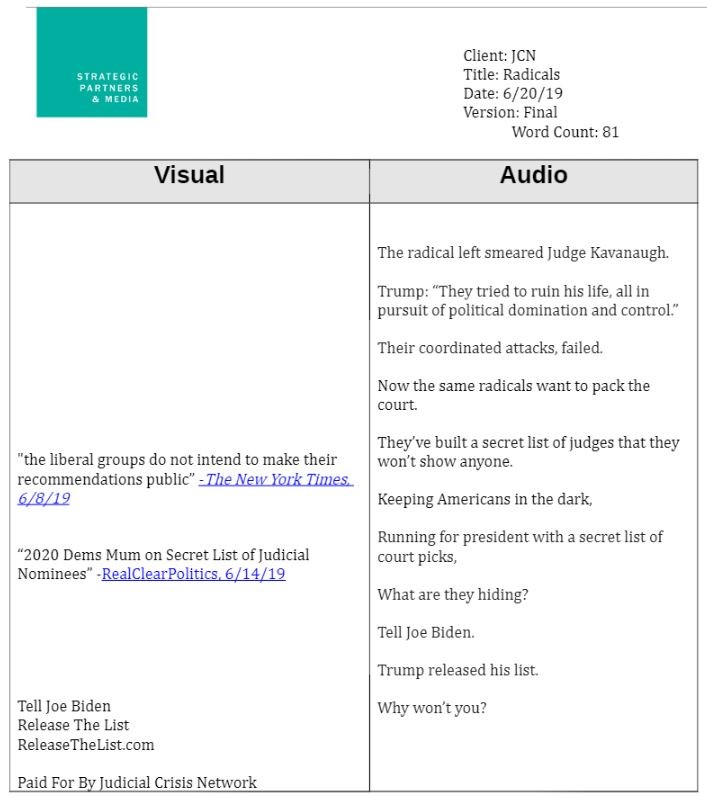