WASHINGTON – The Judicial Crisis Network is today launching a $1.5 million national cable and digital ad campaign calling on Senate Democrats to end the obstructionism, stop the bullying, and swiftly confirm President Trump’s judicial nominees. Currently, there are an unprecedented 163 judicial vacancies in the federal court system.

Judicial Crisis Network’s Chief Counsel and Policy Director, Carrie Severino:
“Because of Democrats’ unprecedented obstruction of judicial nominees we now have significantly more vacancies than when President Trump took office. Senator McConnell has restated his commitment to filling the vacancies and has maintained that this is a Senate priority. It’s time for Democrats to end the bullying and smear campaigns and confirm the judges.” 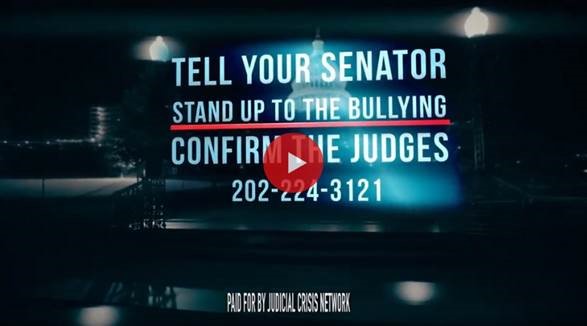 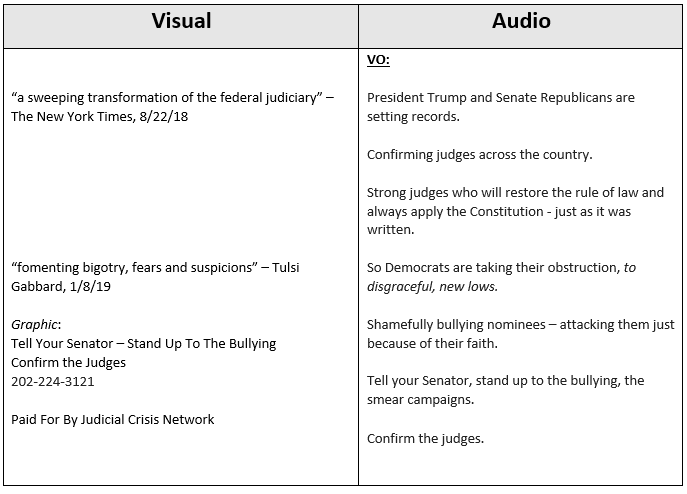