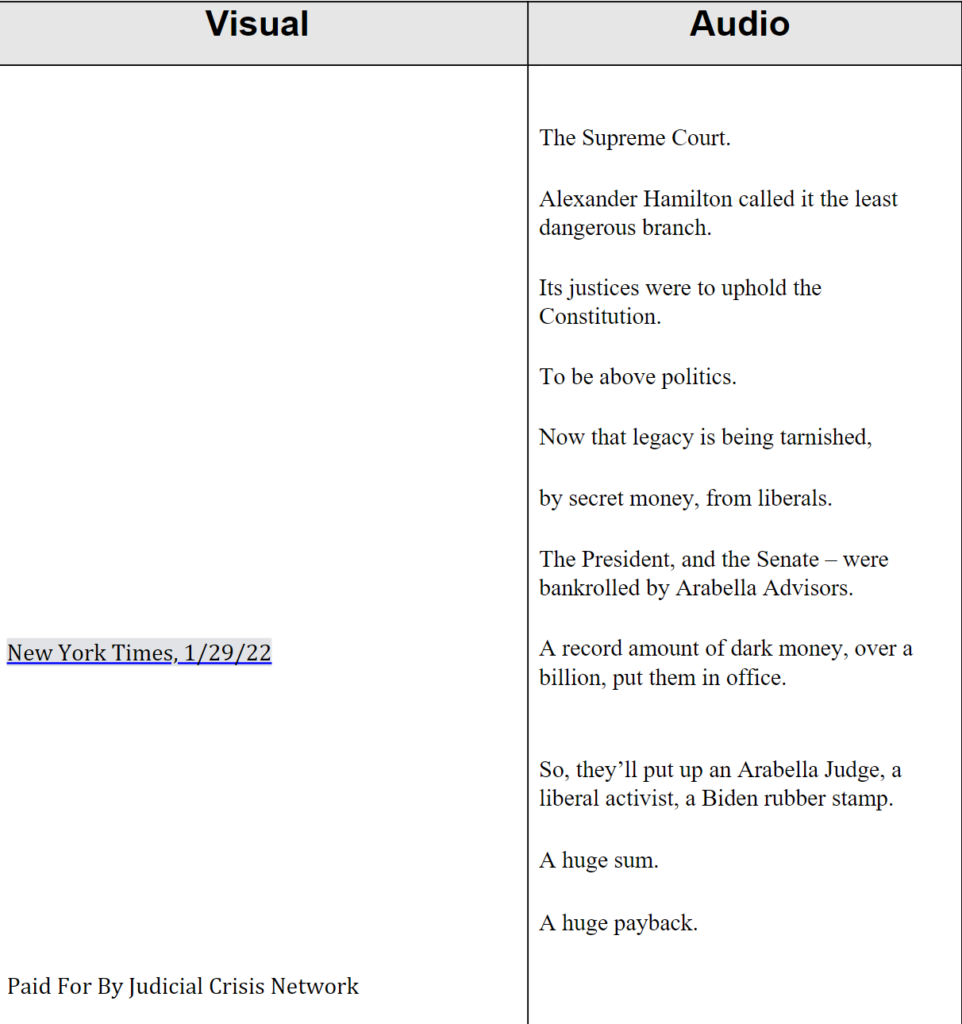 WASHINGTON, D.C. — Today Judicial Crisis Network (JCN) launched a new $2.5 million ad buy highlighting the record amount of dark money spent by groups in the Arabella Advisors network to help elect President Biden and Senate Democrats.  JCN’s ad explains that Arabella seeks payback in the form of a Supreme Court nominee who will be a liberal activist and rubber stamp for their radical policy agenda.  The ad, “Huge Payback,” will air nationally and in Washington, D.C. on cable TV and digitally.

Statement from JCN President Carrie Severino:
“Left-wing dark money groups in the Arabella Advisors network spent a jaw-dropping amount of money in 2020 to help elect Joe Biden and Senate Democrats.  These groups have done everything in their power to corrupt the judiciary and the judicial nominations process, from running smear campaigns against Justices Kavanaugh and Barrett to pushing radical court-packing reforms to even intimidating Justice Breyer into retirement.  Now that they have a vacancy, they want payback for their dark money spending in the form of a Supreme Court justice who will be a rubber stamp for their unpopular and far-left political agendas.”

New York Times: Democrats Decried Dark Money. Then They Won With It in 2020.