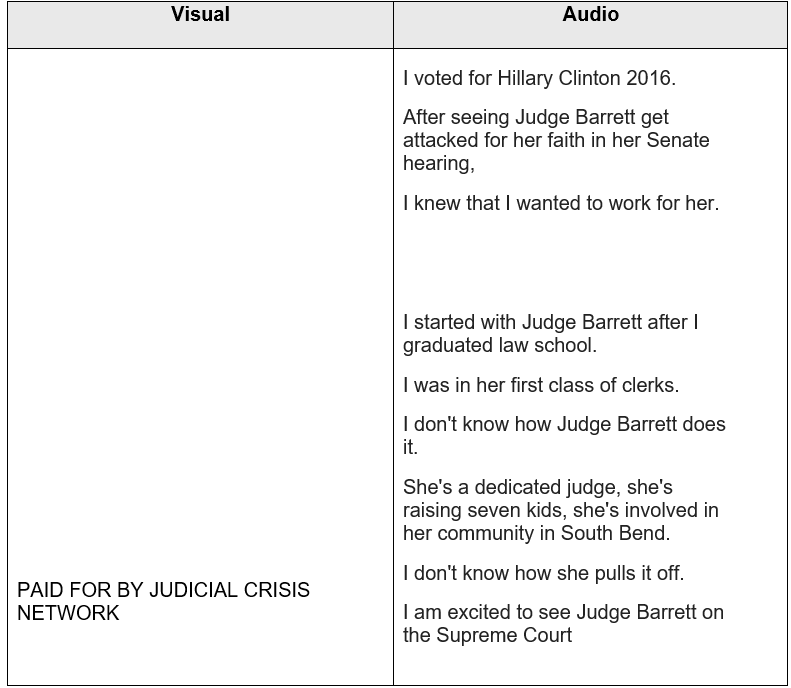 WASHINGTON, D.C. — Today Judicial Crisis Network (JCN) launched two new ads as part of an all-out campaign to confirm Judge Amy Coney Barrett to the Supreme Court.  JCN has over $8 million on the grassroots mobilization effort so far.  The group expects to spend at least $10 million on the effort.

JCN’s first five ads—“Follow the Precedent”, “From Her”, “Stop the Bigotry”, “JFK”,  and “Announcement” — appeared on TV and digital, and aired nationally on cable and in key states including Colorado, Iowa, Maine, North Carolina, Utah, and Washington D.C.

Statement from JCN President Carrie Severino:
“We are excited to highlight these two amazing women who have been positively influenced by Judge Amy Coney Barrett. Judge Barrett is not only exceptionally accomplished, but she is also a role model to young women across the country.” 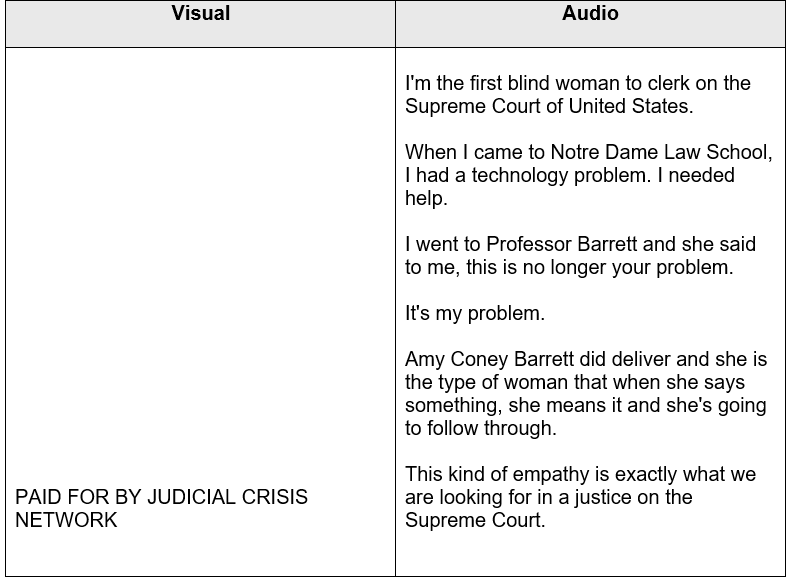